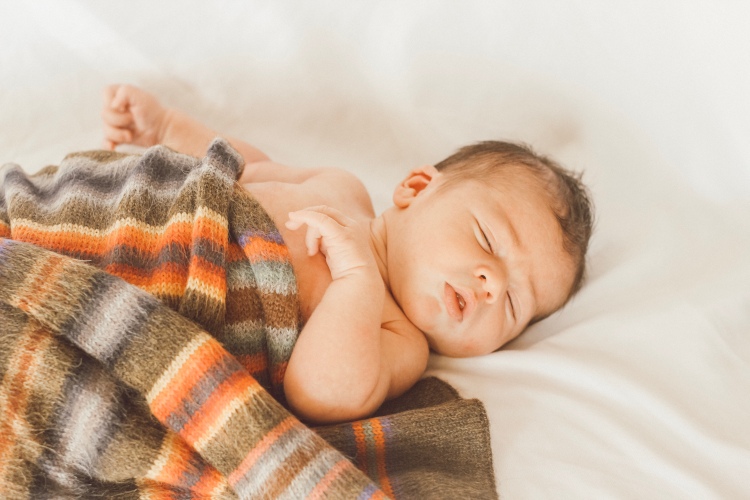 This past week we welcomed our second child into the world! I was 40 weeks and 1 day when he was born and at that point, I didn’t think he would be coming anytime soon!

At 36 weeks I was dilated to 2.5 centimeters. The following week I had tons of contractions 5 minutes apart for an hour. We went into the hospital thinking little man was on his way only to have the contractions stop dead in there tracks minutes after arriving. Nice trick! The next day I have a doctors appointment and I had progressed to a 3. I thought FOR SURE that he would be here any day. Little did I know that I would sit at that three with no progress for 3 more weeks.

I continued to contract 3-4 times an hour for those three weeks. I was exhausted. At 38 weeks, Kyle started a week of final exams. I tried to do the bare minimum because I did not want to go into labor while he was in a test. And of course, since I was contracting and already at a 3, I kept everyone on high alert. Every time I would call my mom she would say, “is it time??”

That Friday Kyle finished his last test and I was ready to have the baby! That day I pushed Ollie around two separate grocery stores determined to get those darn contractions closer together. All I really did was cramp up my back and make my feet swell up.

At 39 weeks I bought an exercise ball and would bounce and bounce for hours during the day. I started taking raspberry leaf tea and went out everyday walking. Kyle would be out of school for the next 3 weeks so it was perfect timing to have a baby! But our little baby was not seeming to understand that! We went out to eat a lot this week. We went grocery shopping and stocked up our whole fridge with easy meals because of course the baby would be here this week. NOPE! I wasn’t able to meet with my doctor so I had to see the PA. I was so mad about it. I had her strip my membranes and schedule an induction date for my due date. A couple days later I get a call from the induction scheduler saying that the hospital was full and I could be induced that week and the next week my doctor was going out of town so if I were to be induced it would have to be by a different doctor. That did not help my mental situation. The plan was always to go into labor naturally but I was starting to feel so desperate. It’s funny how the last month of pregnancy can do that to you. I hadn’t even it my due date yet.

By 40 weeks I had had it! I hit my due date on a Monday and had a doctor’s appointment that afternoon. My mom was more hopeful than I, and came down to watch Oliver while ky and I went to the appointment. She was sure there would be good news. Well still no progression! But Kyle and I did get to have a little date afterward which was really nice! Ky and I stayed up til 11ish watching Smallville, our new favorite show, before going to bed that night.

At 1 am I woke up with both my hips throbbing and some pretty hard contractions. They were still too far apart but the pain was bad that I decided to take a bath to help me relax. I was still having them in the bath. I got out about 1:45 am and laid in bed scrolling through different social media platforms to try and get my mind off of the contractions, that were still hard but not close enough yet. I thought for sure this was going to be it because they had never been this hard before. At 3 am my phone started ringing. It was an unknown number and who would even be calling me at this hour? So I didn’t answer. They called 2 more times and finally left a message. It was the hospital saying they had a spot open up to be induced tonight but I had to be in by 4 am. Thinking I was already in labor and not wanting to risk being sent home, I said we would be there! I called my parents and they said they would be in there way to watch Oliver.

They got to our house a little before 4 am. Luckily we live 5 minutes from the hospital and the car was already loaded! We got admitted at about 4:30 am. I was still contracting and they were getting closer. The nurse checked me at 5 am after getting my situated and I was already at a 4.5! I knew I was in labor! By 6:45 am they started me on pitocin and I asked for the epidural.

The anesthesiologist came in about a half hour later and placed my epidural. I don’t remember it being so painful with Oliver! I asked for a small dose so that I could still feel my legs. With Oliver I was so numb I couldn’t feel anything and it made pushing soooo difficult.

I started to feel really nauseous at this point and started puking. My nurse gave me some medicine to help with the nausea. I then turned over onto my left side and use the peanut ball to get comfortable. I was so exhausted and the epidural was working great so I decided to take a nap. An hour later I woke up shaking so much! I started to feel some pressure and knew it was about time to start pushing. I asked the nurse to check me. She did and I was at a ten and it was about time!! I couldn’t believe it!! They called my doctor and he was headed over!

At this point it was about 8:25am. My doctor arrived about 10 minutes later and they started preparing the bed and get the right gear on. A few more nurses came in. I was still shaking pretty hard and Kyle was by my side helping me. I was so ready to push. I asked the nurse if I could start while everyone was still getting situated and she said I could. They kept saying I shouldn’t feel any pain just pressure. And that was true but the pressure was painful. Haha I don’t know how to describe it because it was like shooting pain or anything of the sort. It was definitely pressure but it was so intense I just kept saying “oh my gosh!! Ohhhh my gosh!” I pushed so hard, I didn’t want to stop because the pressure was so great! I remember my doctor kept asking if I could feel anything and I kept saying no which is so strange when I look back because I totally could feel him touching me. Haha! All the nurses and my doctor gave me the funniest, most concerned looks because of my reaction!

Then my doctor said, “one more push and he is here!” And he was! I pushed him out in about 10 minutes! He was born at 8:55 am November 19th, 2019. I had never seen a baby so purple in my life when they put him on me. The nurse didn’t let him stay long and quickly put him on the respirator. It felt like forever waiting for him to come back. He was on the respirator for 45 seconds. Then they weighed him and measured him before he finally came back to me. He weighed in at a whopping 9 lbs 10 oz and 22 1/2 inches long! We make BIG BABIES!!

He was perfect! He is perfect! 20 minutes after he finally came back to me, we tried breast feeding. He latched on like a champ and ate for an hour! It was my dream come true!

His labor and delivery was different than I expected but everything I could’ve hoped for! We love our little Jesse so much!

One thought on “Jesse’s Birth Story”